Since 1977, WomenShelter of Long Beach has helped thousands of families overcome the trauma caused by domestic abuse. WSLB assists victims and their children by providing safe housing and supportive services including an emergency shelter, 24-hour crisis hotline, counseling, social services support, legal and health advocacy, and much more.

The mission of WSLB is to eliminate domestic violence through compassionate intervention, education and personal empowerment.

WSLB will be recognized as a premier organization that fosters a community free from domestic violence. Due to our efforts, families and individuals in our community will have the awareness, tools, education and support to form and maintain violence free relationships. WSLB will inspire others to eliminate domestic violence in their communities.

WomenShelter was incorporated in 1977 by Dr. Virginia Corbett, who donated the house that was used as the first supportive housing facility. Dr. Corbett was a local psychologist and activist who became frustrated when she realized that her clients who were victims of domestic violence had no place to go when they wanted to leave their batterers. The 4-bedroom, 11-bed supportive housing facility was one of the first in Southern California, part of a growing movement to provide assistance for battered women and their children.

WomenShelter was originally funded by CEDA, a federal grant program. Staffed by a dedicated group of women, many survivors of domestic violence themselves, WSLB was a safe haven for women and their children. There were no offices or outreach center then. In fact, the staff worked from TV trays in the house’s living room.

During the ‘80s and ‘90s, WomenShelter began offering individual counseling, group counseling and other support groups in community centers, including Houghton Park in North Long Beach and St. Mary Medical Center in downtown Long Beach. There was a need for permanent offices for outreach and administration, but resources weren’t available, so the agency continued serving the community in collaboration with other organizations such as the YWCA of Long Beach.

WomenShelter was under the umbrella of the YWCA of Long Beach until 1994 when it was reorganized as The WomenShelter of Long Beach (WSLB). The agency began to thrive and sought new ways to expand services. In 1999, WSLB opened its innovative community-based, storefront counseling and resource center to provide easily accessible outreach services to victims of domestic violence in the community. The Domestic Violence Resource Center (DVRC) was the first such facility in the Greater Long Beach area. The DVRC is a place where survivors and victims can come and receive non-judgmental, compassionate services, and work on empowering themselves.

Throughout the agency’s history, there is one constant. WomenShelter continues to be committed to providing compassionate, supportive services and housing to victims of domestic violence. 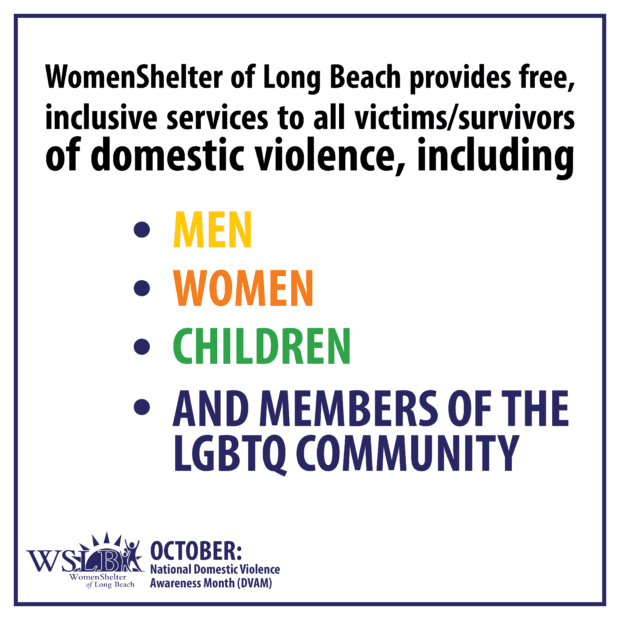 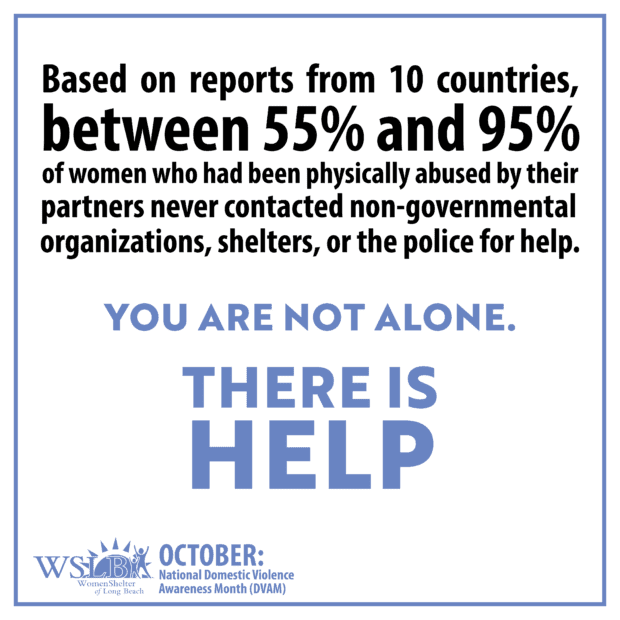 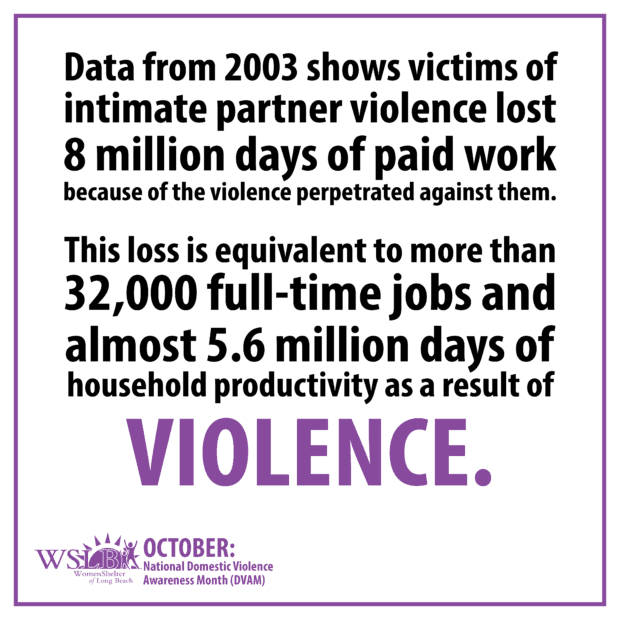 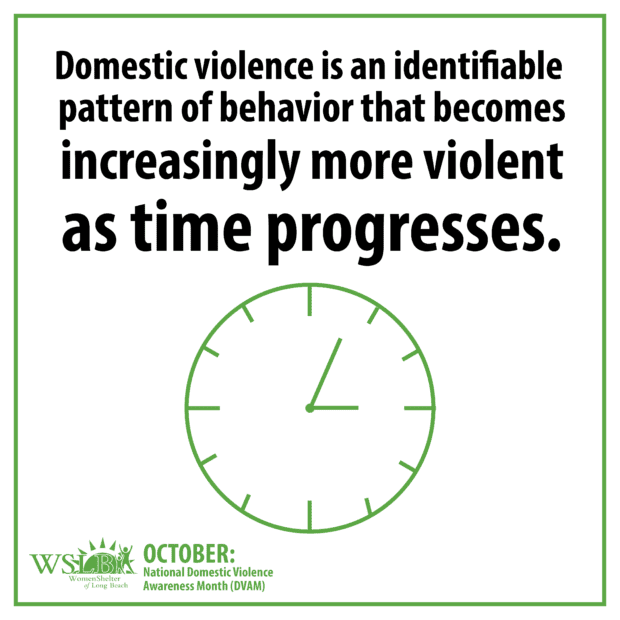 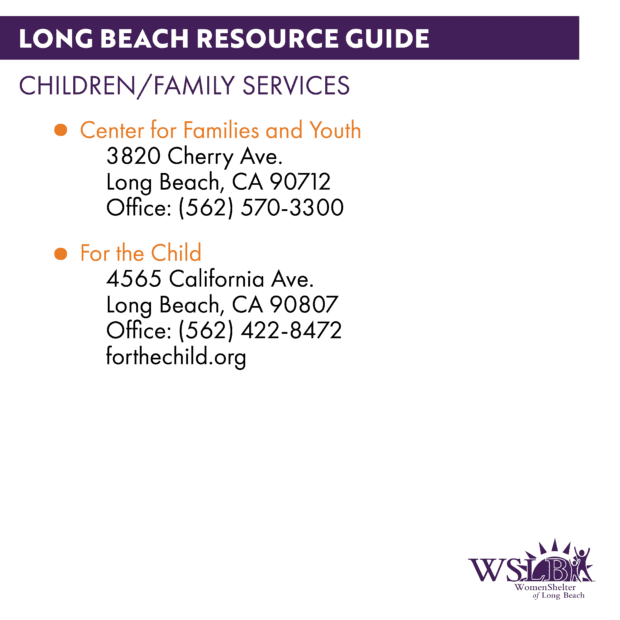 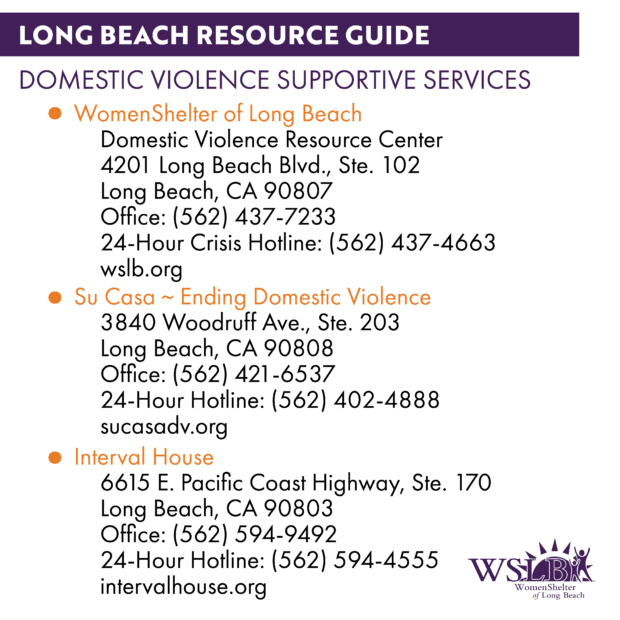 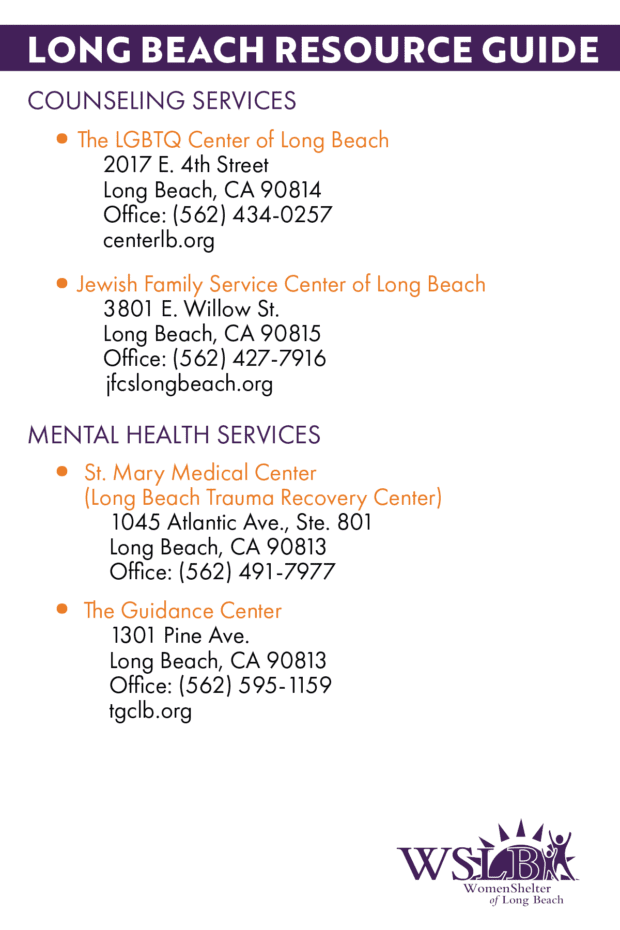 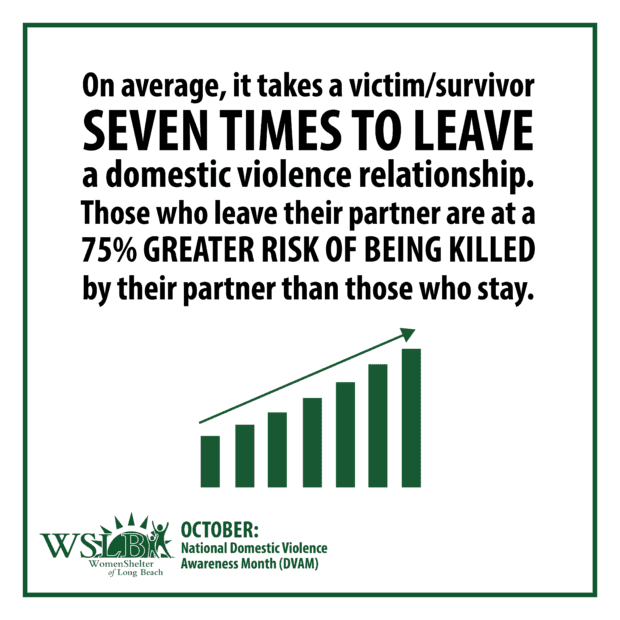 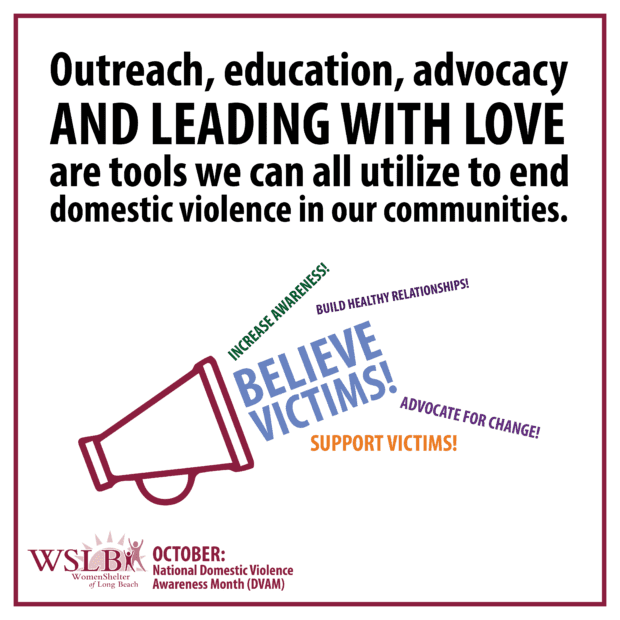 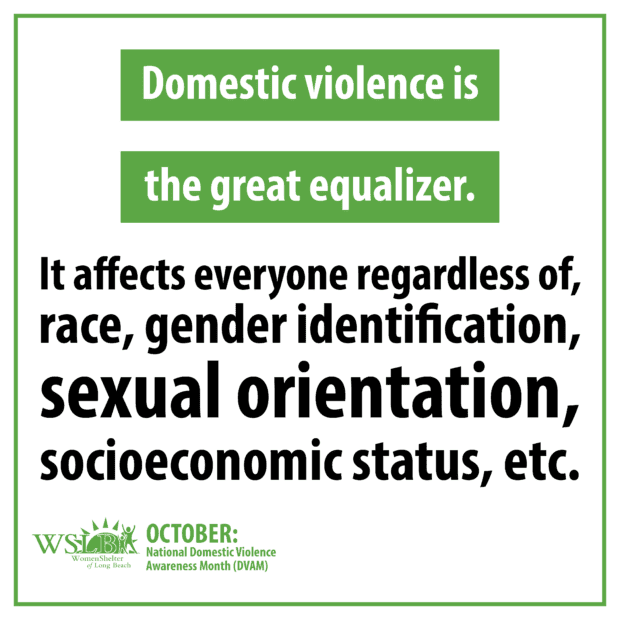 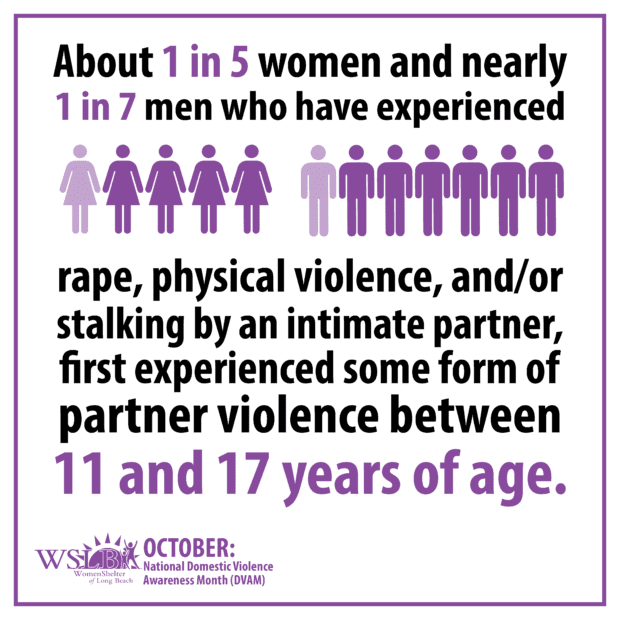 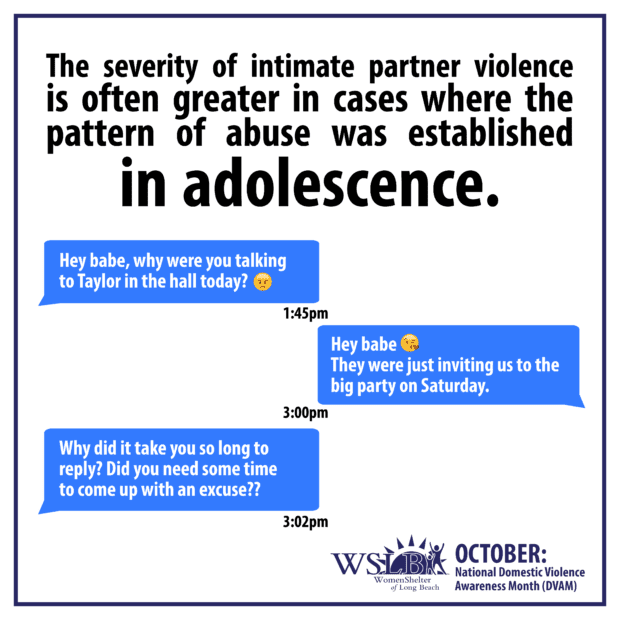 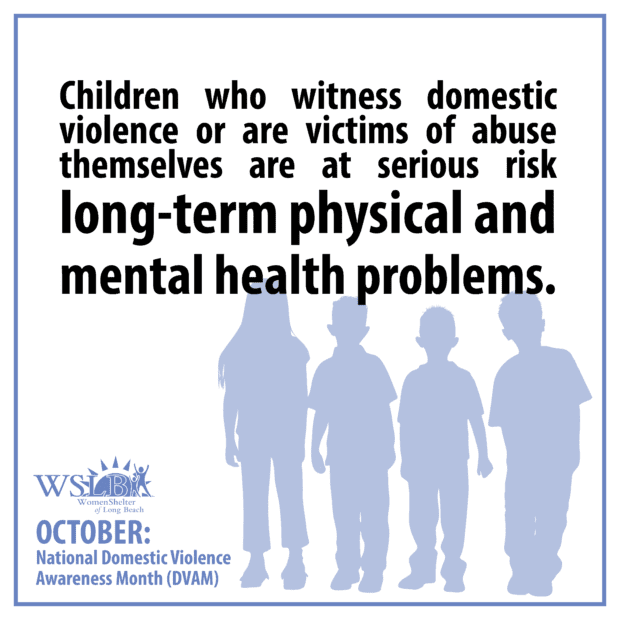 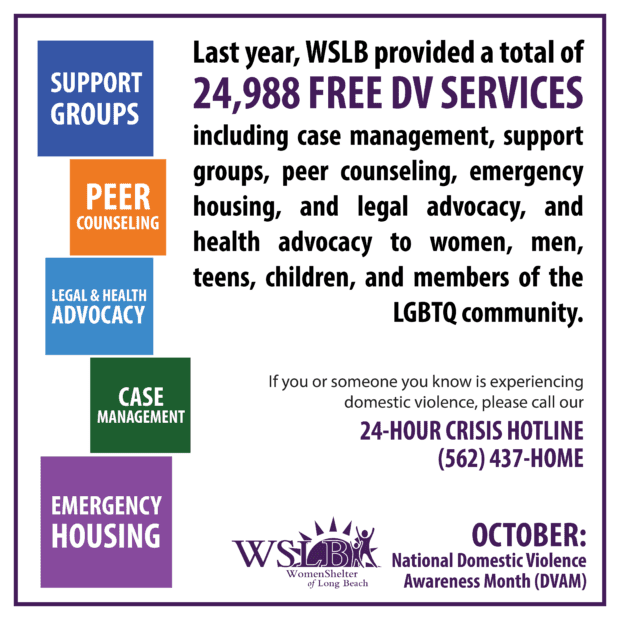 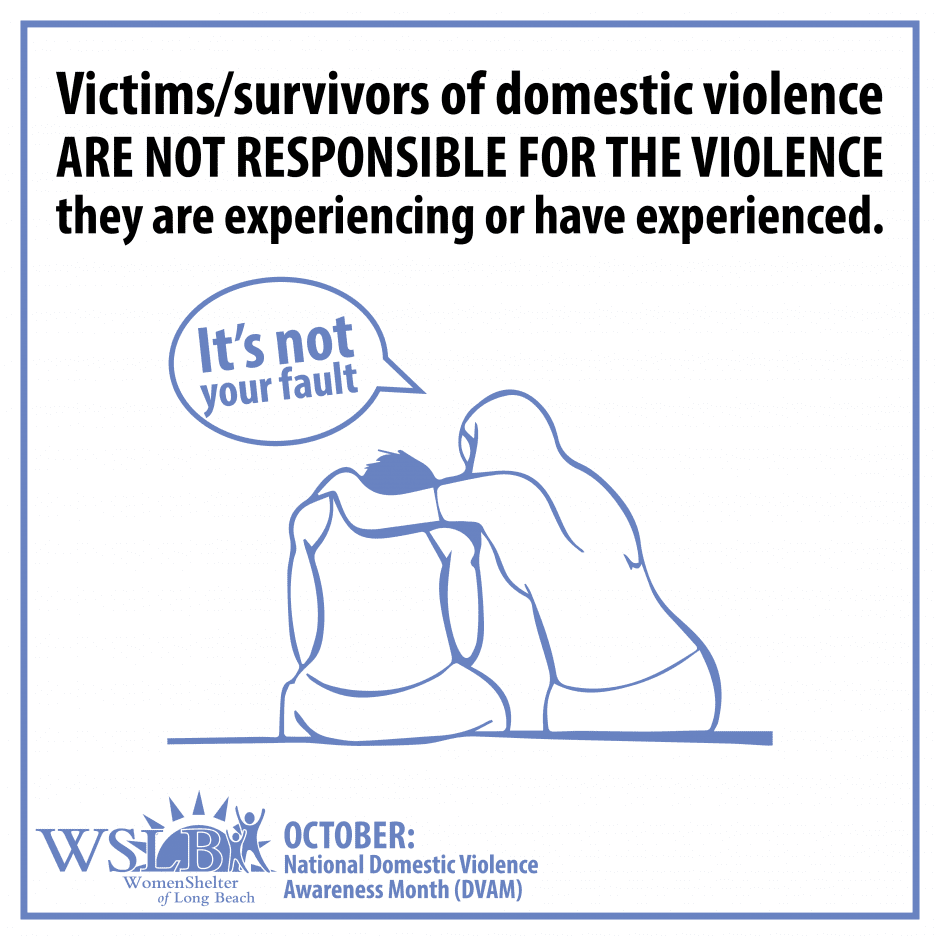 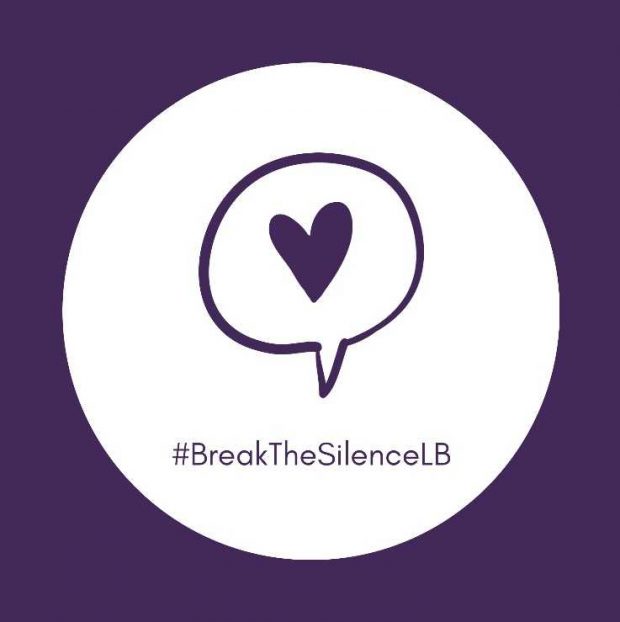 Take a stand and support victims/survivors by breaking the silence about domestic violence! 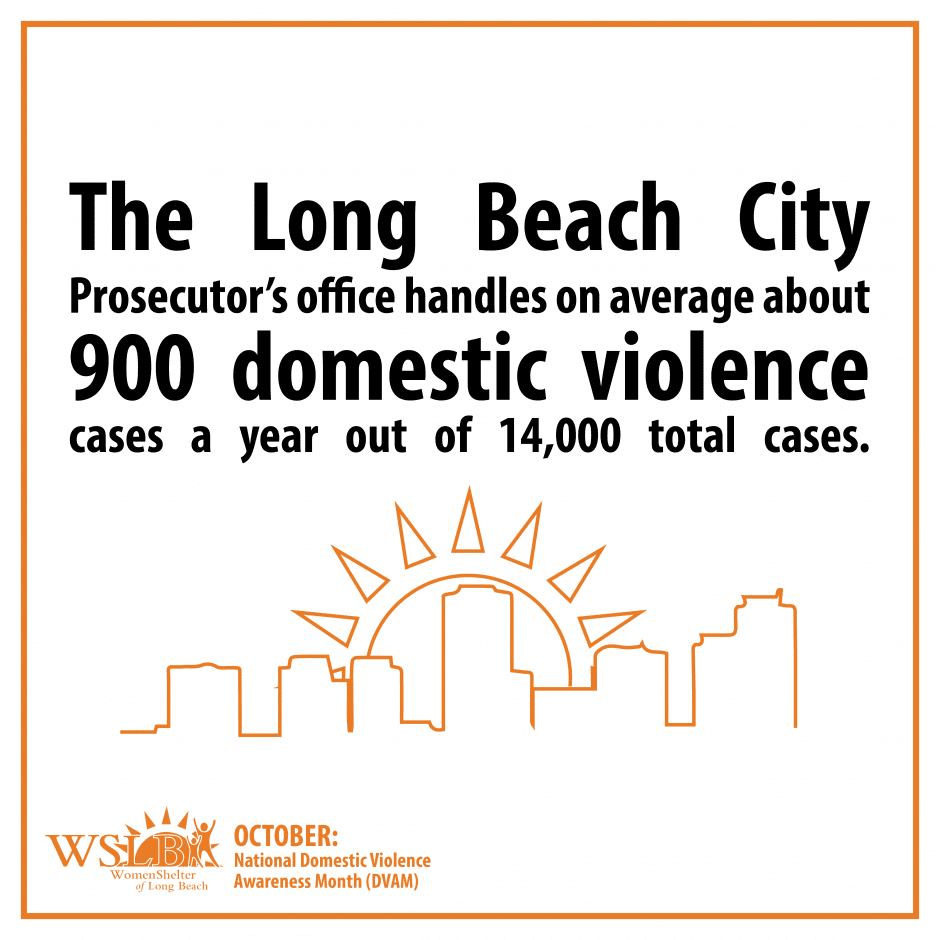 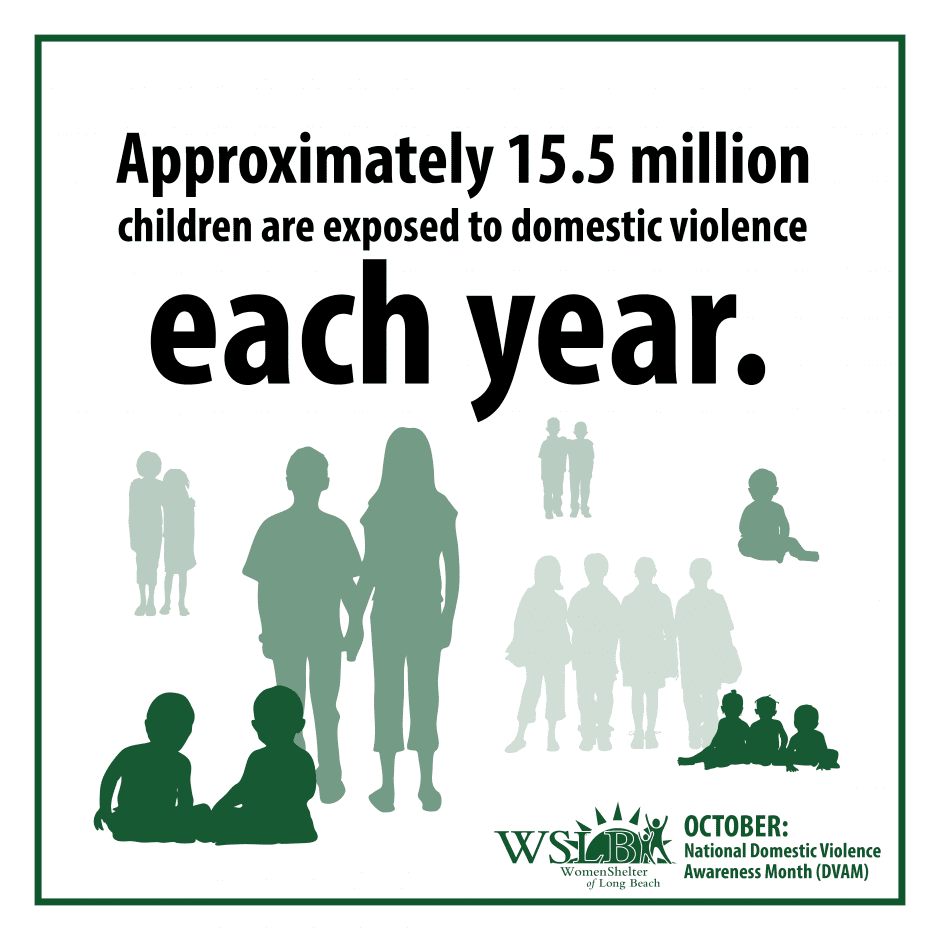 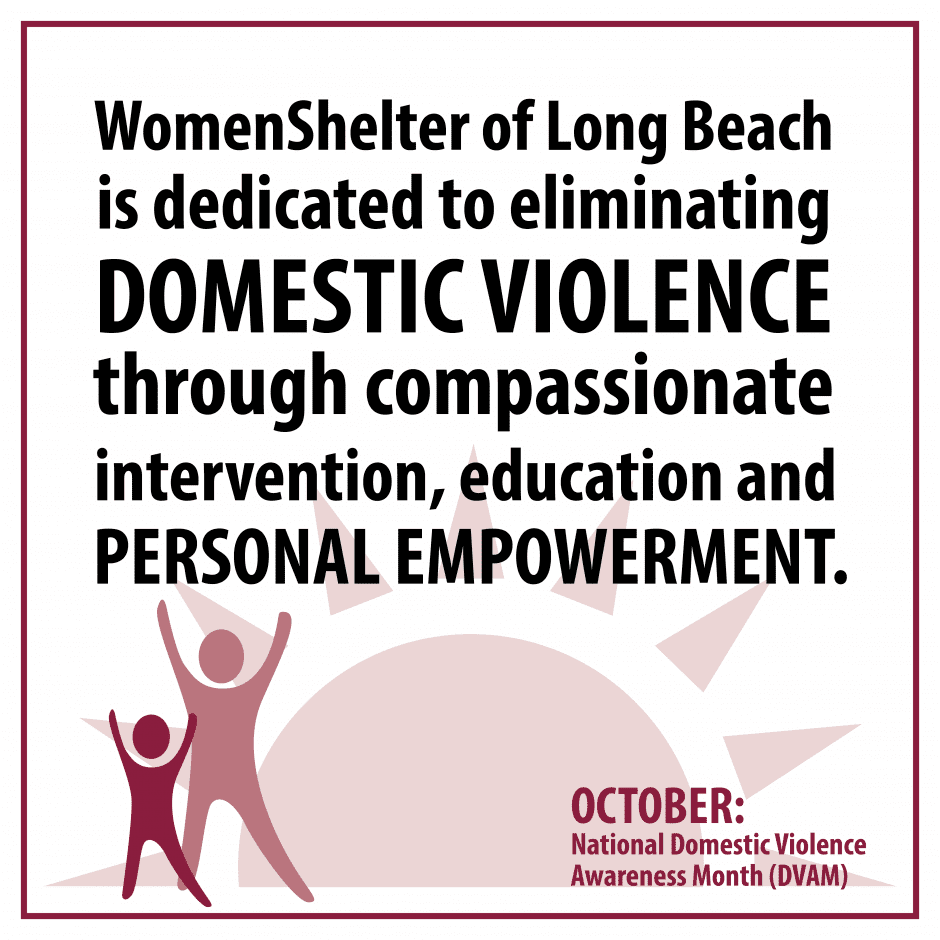 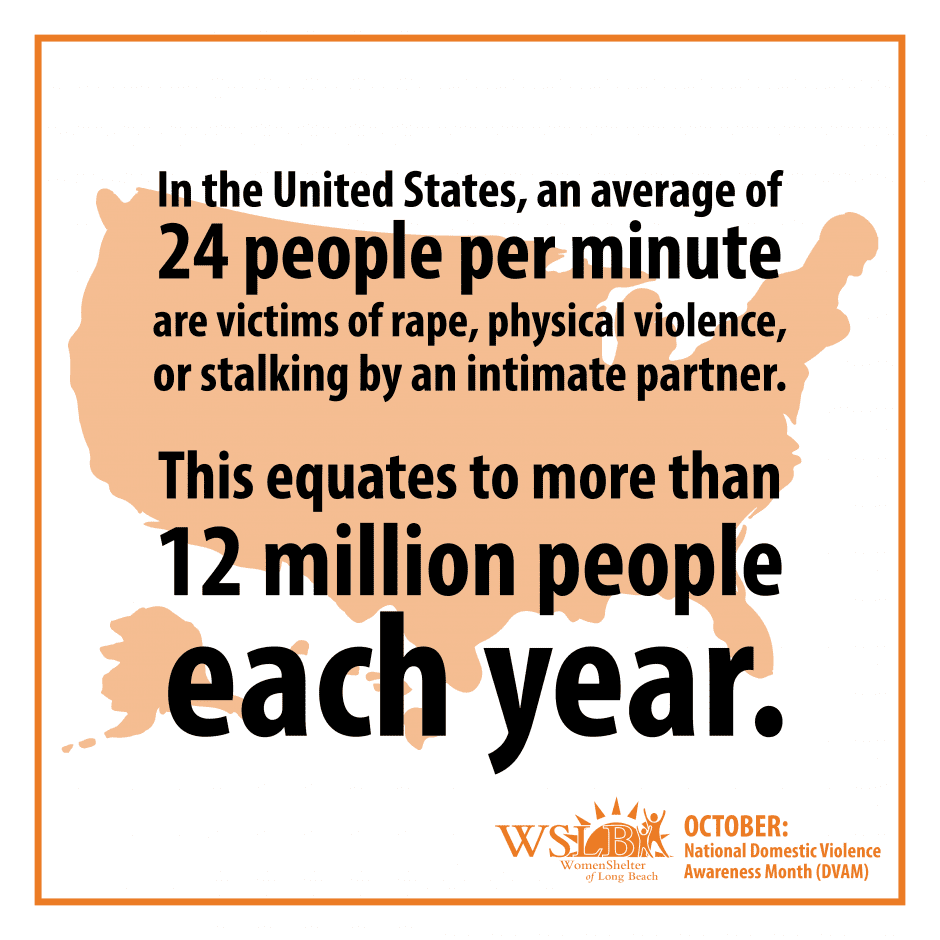 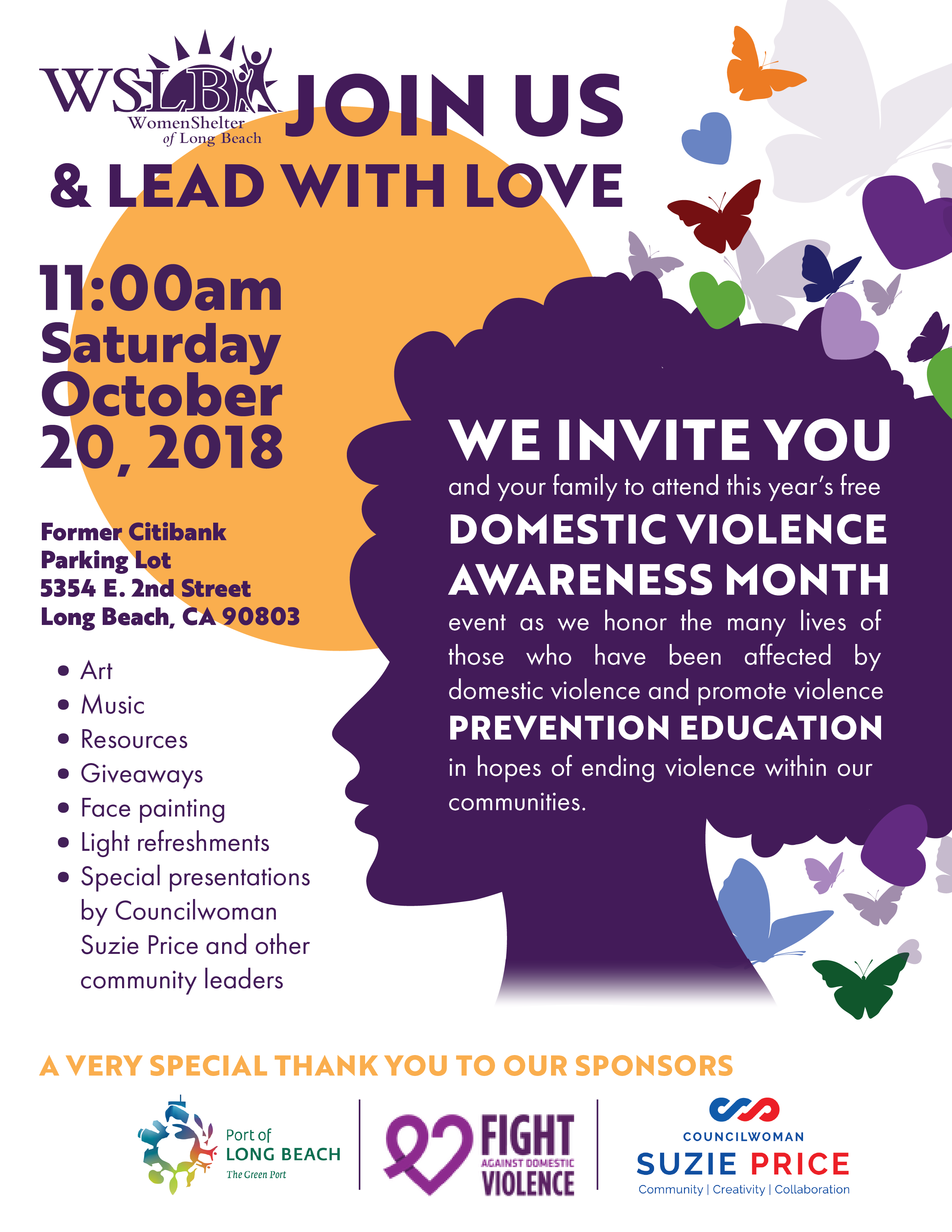 Lead with Love to break the Cycle of Violence!

Thank you so much for leading with love this October!

What is Teen Dating Violence? 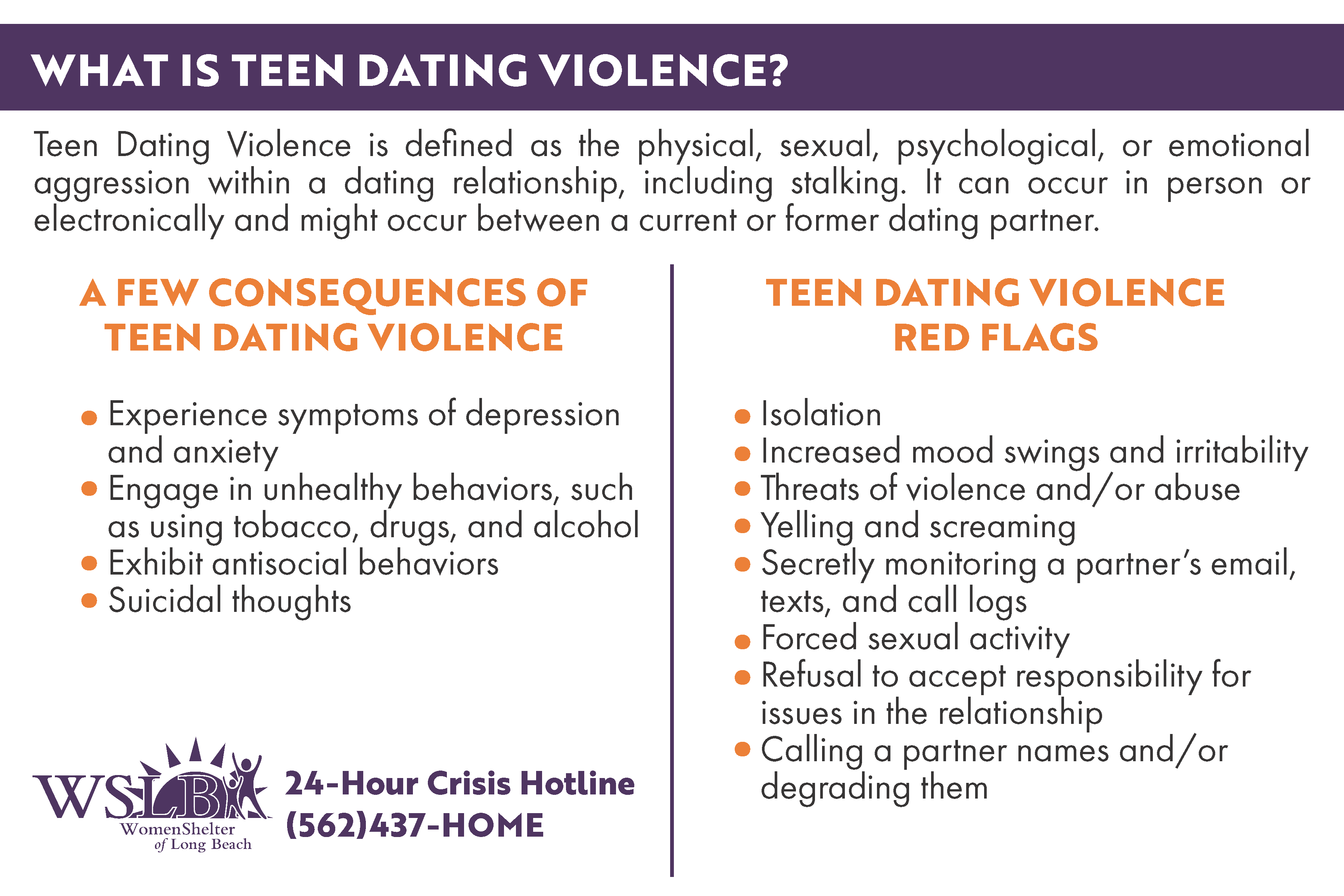 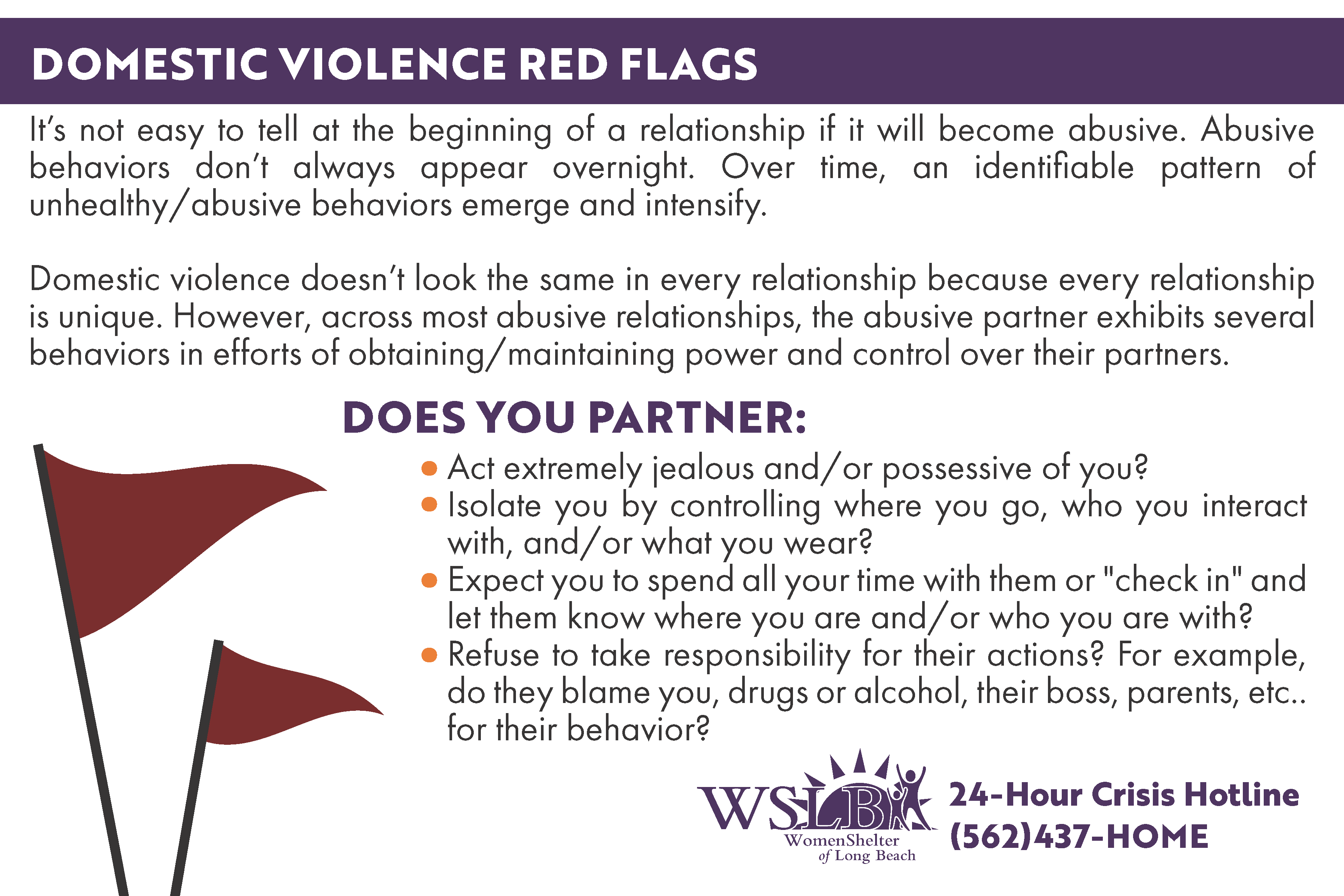 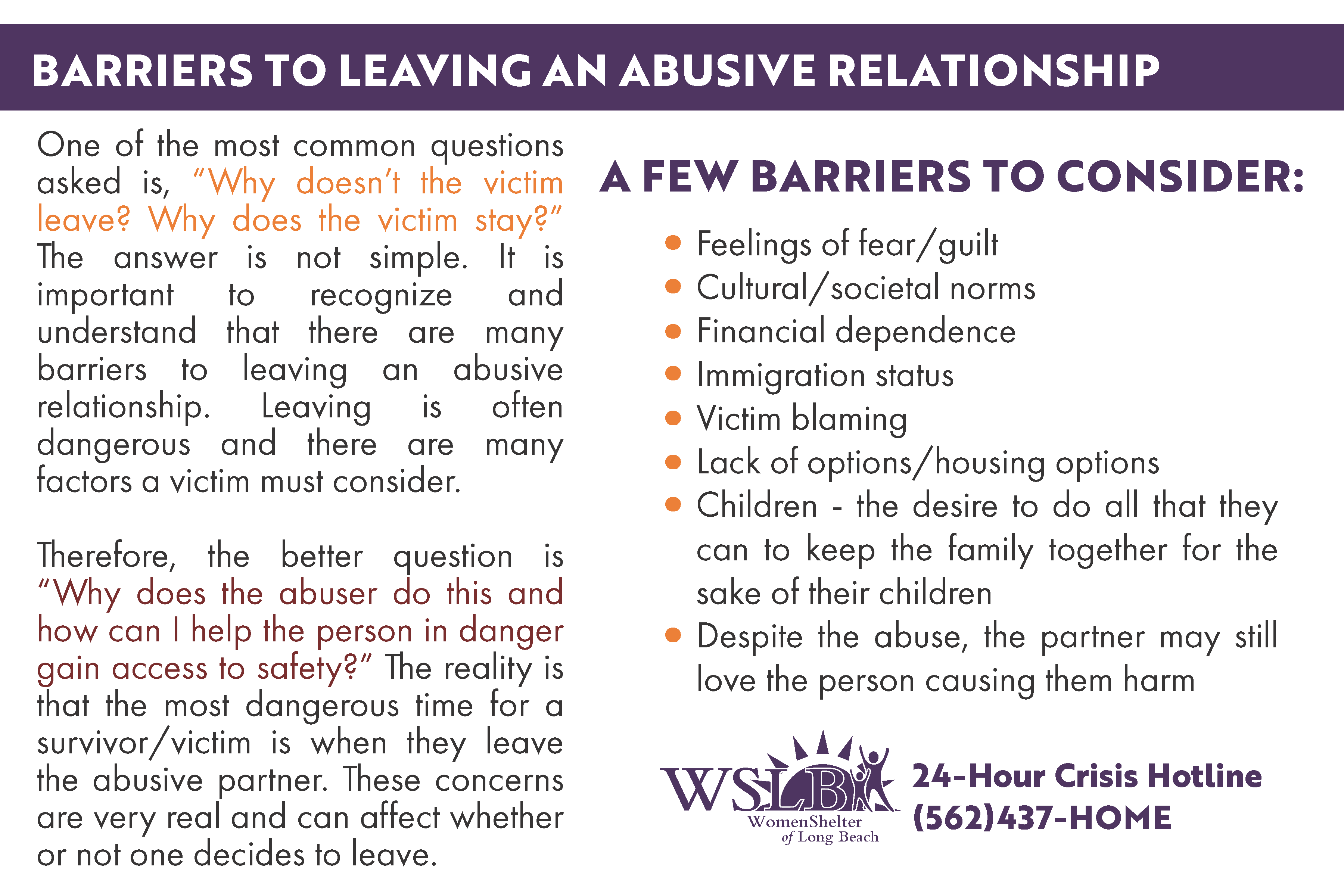 Domestic Violence and the Effects on the Community 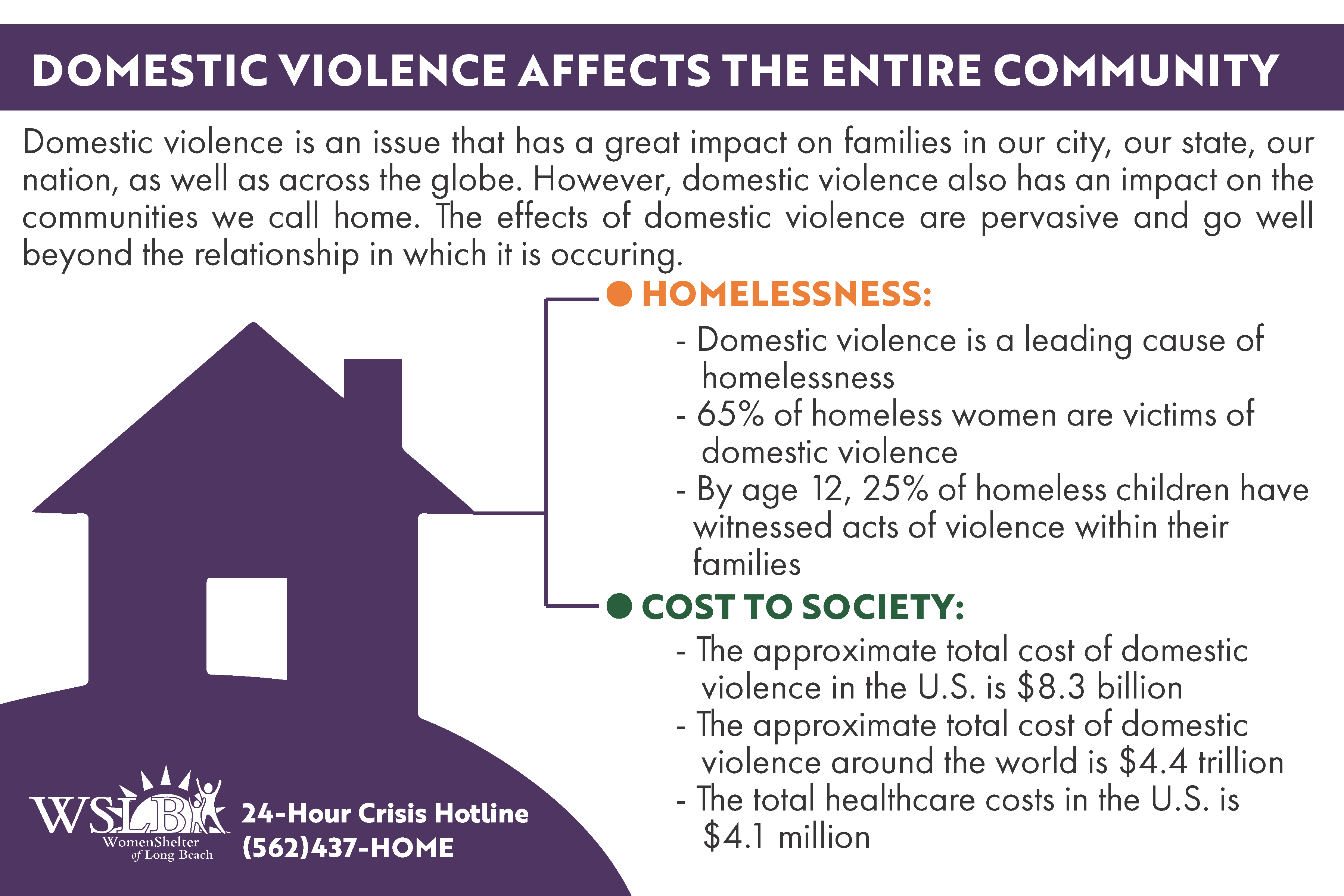 The Intergenerational Cycle of Violence 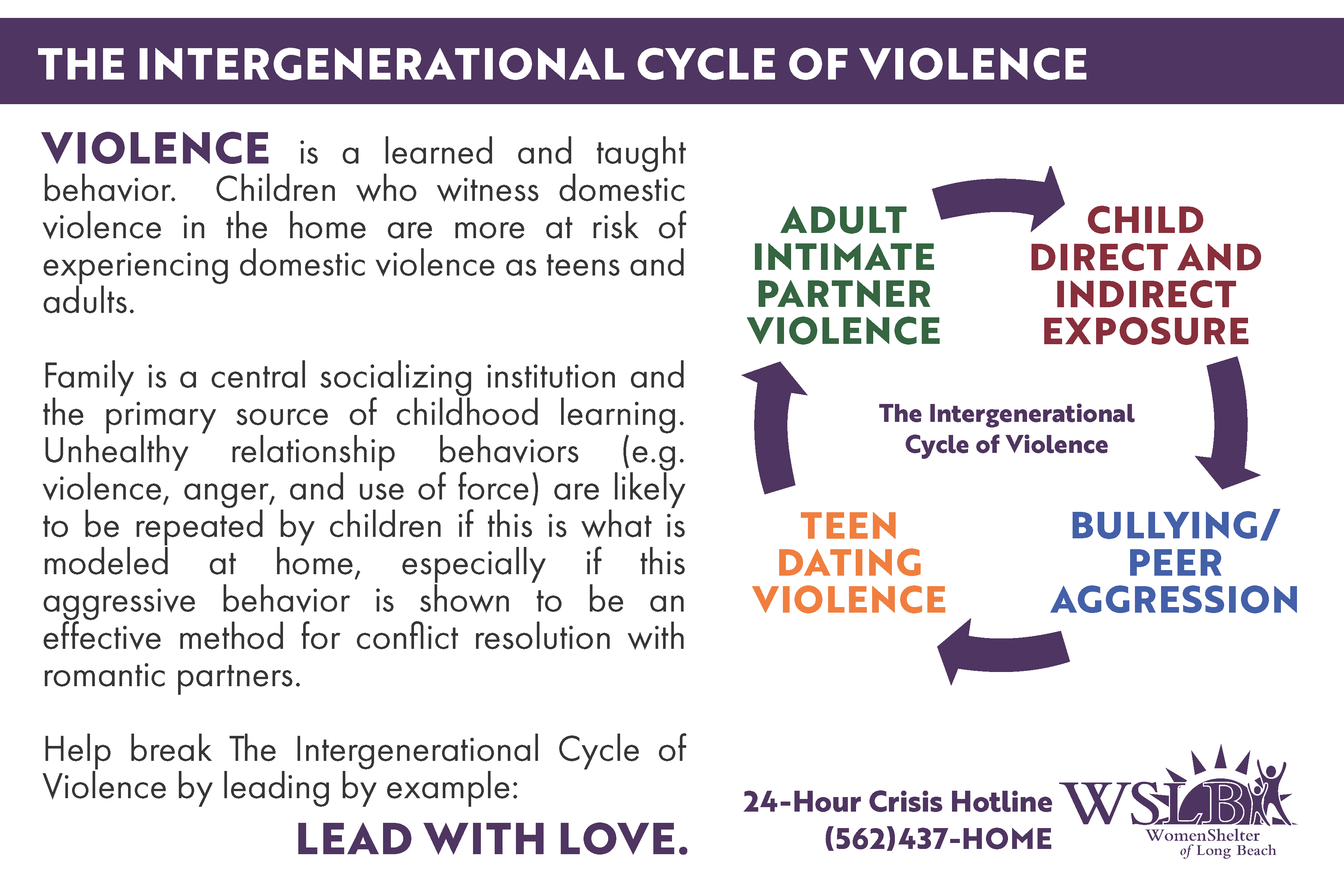 What is Domestic Violence? Who is WSLB? 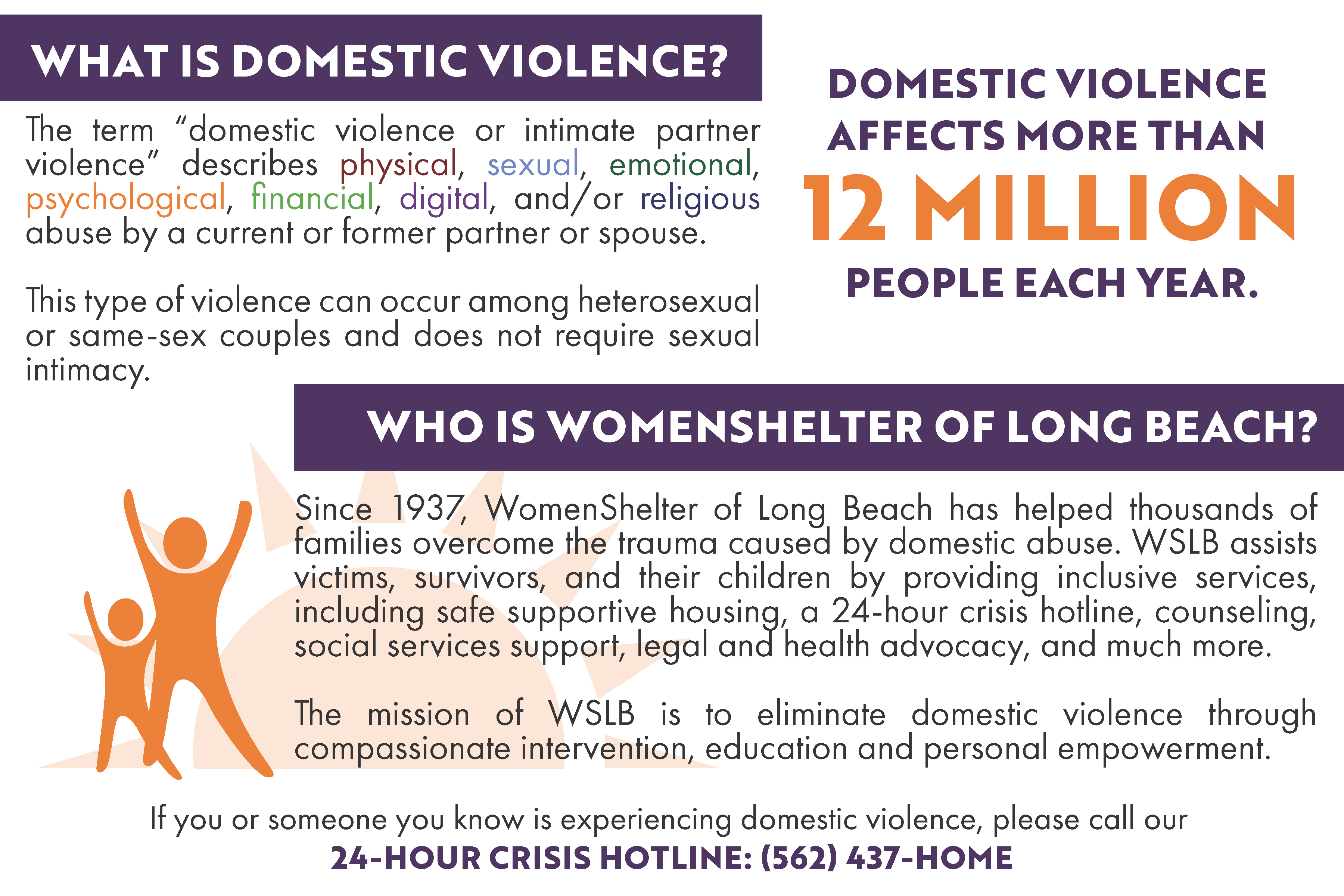 October is National Domestic Violence Awareness Month (DVAM). In efforts of increasing education and awareness regarding domestic violence, WomenShelter of Long Beach invites you to join us on a special month long journey through our interactive DVAM Calendar. WSLB’s DVAM Calendar includes facts, stats, resources, and videos that highlight how we as a community can make a difference. Join us as we Lead with Love this October!